Originally published on April, 23, 2018 at https://digit.hbs.org/submission/souche-the-pioneer-of-s2b2c-model-in-chinas-auto-industry/

Souche is the largest used car trading service provider in China and has pioneered the S2b2c model in China’s auto industry. By the end of 2017, the sales volume through its platform already exceeded $24 billion, increased from less than $10 billion one year ago. In April of 2018, Souche announced its plan to enter the highly competitive C2B used car business with a significantly lower commission fee. This essay is trying to explain the success of Souche and how to leverage Souche’s unique business model to outcompete other well-funded competitors in the new market.

The path to becoming the market leader

The CEO and founder of Souche, Junhong Yao was the founding member of CAR Inc. since 2008. CAR Inc. is the largest car rental service provider in China and is famous for its premium service. After defeating a major competitor and securing a large round of financing for CAR Inc., Yao left to start Souche in the used-car business at the end of 2012.

In 2012 the Chinese used-car market was still in a very early stage. Unlike the US, where the used-car to new-car sales ratio was slightly less than 3, China sold four times more new cars than used cars in 2012. While the new car sales are mostly from the authorized car dealership called 4S car shops, the used car sales are highly fragmented and inefficient. Excited by the massive opportunity and inspired to become the Carmax of China, Yao decided to build a more efficient used-car supermarket chain and opened up its first store in Beijing.

Differentiated from other used car dealer with a small lot and limited inventory, Souche rented the whole underground parking lot of a shopping mall and carried a fleet of 500 cars. It pioneered the consignment model and sourced cars from both consumers and businesses, which helped to lower the cost and risk of holding its own inventory. It also partnered with other used-car dealers by listing their inventory on Souche’s app so the customer can pre-order online and pick up the vehicle at its physical store. To address customer’s pain point of having difficulty in choosing the right car, the app also added the feature to collect customer’s requirement and generate a personalized recommendation based on available inventory.

After running the store for half a year, Yao achieved an impressive result: the sales grew from 30 cars in the first month to over 300 in the sixth month and the business became profitable. However, the sales stagnated after six months because there was no a steady supply of high quality used cars so it limited the scalability of such retail store.

It is well known that used car dealers are highly fragmented and it took Yao a while to really understand them. Many used car dealers are not well educated, many of them are former car mechanics and run their businesses in suburbs or lower-tier cities or towns. The market is highly non-standardized with hundreds of different models of various age and mileage, not to mention different trims and colors. Each dealer has limited inventory but the customers’ need can vary a lot. For this reason, dealers are avid networkers and like to make as many friends as possible since it helps them sharing inventory.

After recognizing this, Souche hired a new team of engineers to develop CheNiu, a social app for used car dealers. Yao then mobilized the whole company to visit dealers province by province, sweeping across the country in few months to acquire as many dealers as possible onto this new social platform. Cheniu quickly gained popularity among car dealers and attracted thousands of daily active users.

Social app addressed the information flow between car dealers but didn’t help the dealer to run the business more efficiently. Especially for the bigger dealer, the value provided by the social app is limited if it did not change the complicated workflow. In September of 2014, Yao decided to open up the tool Souche developed internally for its own retail store and packaged it as a free SaaS tool to dealers.

The SaaS tool DaFengChe attempts to involve every step of the car dealer’s workflow, including inventory management, marketing system, CRM, transaction management and finance system. Unlike a typical SaaS that charges a subscription fee or takes commission, DaFengChe is completely free and does not monetize the transaction. The only KPI for DaFengChe is to improve the work efficiency for the dealer to help them sell car faster and be more profitable.

By shifting all focus on SaaS development, Souche also avoided competing directly in the B2C market. The flagship retail store, although still profitable, was closed in later 2015 and during the last six months before its closure, the main purpose of the store is to test and tune DaFengChe solution.

The SaaS product is a huge success. By end of 2016, over 20% of used car sales in China is transacted on DaFengChe platform and by end of 2017, over 60% of used car dealers in China deployed this product in various degree. As a result, Souche attracted hundreds of millions investment from Alibaba, Ant Financial and Warburg Pincus in 2017. Empowered by Alibaba’s e-commerce channel and Ant Financials’ credit data, Souche created a new car leasing product called TanGeChe.

TanGeChe innovatively brings new car leasing option to the used car dealer. The customer can drive away a new car with only 10% down payment and monthly loan for one year. After one year, the customer has the option to buy out the car upfront or with installments or return the car to the dealer. The dealer can then sell the vehicle as a used car. Compared with traditional leasing program offered by 4S stores, TanGeChe fully leverages the used car dealer’s advantage in selling a used car. 4S stores are usually not good at selling the returned vehicle so they have to sell the cars at discount to used car wholesaler. TanGeChe also has much lower user acquisition cost as all sales are done online via Tmall or Souche’s app. Only after the order is paid, a new vehicle will be shipped to the dealer where the customer can pick up offline. The dealer provides the necessary service and as a reward, it be will be compensated with 5000 to 10000 RMB per vehicle. To lower the cost of financing, Souche packaged the leased car into ABS and issued them to the capital market.

This business model is brilliant, not only it lowers the acquisition and inventory cost and provides a new revenue stream for used car dealers, it also generates a steady supply of high quality used cars which are only one year old and leased by trusted, high credit customer.

Chief Strategy Officer of Alibaba Ming Zeng theorizes Souche’s success as S2b2c model. Unlike B2C where business serves customer directly or B2B where business only interacts with other business, in S2b2c, the supplier and small business need to work together to serve the end customer collectively. S and b are in a tightly coupled and mutually dependent relationship. S will empower b to better run business and provide service that a large supplier or platform is unable to fulfill. It usually follows these steps:

S2b2c is ideal for an industry where sales process or service procedure is long and the existence of many small businesses is essential. Unlike the disintermediation offered by many internet companies, S2b2c empower the intermediaries to better serve their customers. Besides used car dealer, industries that match such characteristics include travel agent, home furnishing company, wedding planner, real estate broker, etc.

New Challenges in C2B and C2C

Doing used car business via e-commerce is always the Holy Grail for many startups and tech giants. Existing players such as Guazhi, RenRenChe, Uxin are all well-funded and backed by strategic investors with deep pocket. All are competing in the consumer sector with two business models:

Consumer-to-business (C2B) allows a consumer to sell his or her used car to a platform and the platform validates and sells to wholesaler afterward. The biggest challenge is on the supply of vehicle as it can have very high acquisition cost and quality is not stable.

Consumer-to-consumer (C2C) is one step further by matching a seller to a buyer directly. It has all the limitation of C2B plus the extra problem of finding the right buyer. Because Chinese consumers are not as sophisticated as US consumers on a used car, the information asymmetry and mistrust between different parties is extremely high, causing all kinds of issues or scams for the platform. Some statistics even show that most used cars with accidents are eventually dumped onto the C2C market as the dealers will try to get rid of such inventory as quickly as possible.

Both business models are quite different from Souche’s S2b2C and are heavily relying on marketing spending to attract new users and maintain market share.

In 2018 April, Souche announced the entry of C2B market with a commission of 1%, significantly lower than competitor’s 3 or 4%. Compared with competitors, Souche has unique strength on the used car sales channel and can price the used car more competitively by leveraging the massive transaction data on its platform.

As the competition heightens in the used card e-commerce market, it would be interesting to observe if Souche can sustain its edge by aligning itself closely with offline dealers and create more value for the customer, used car dealer as well as the platform itself. 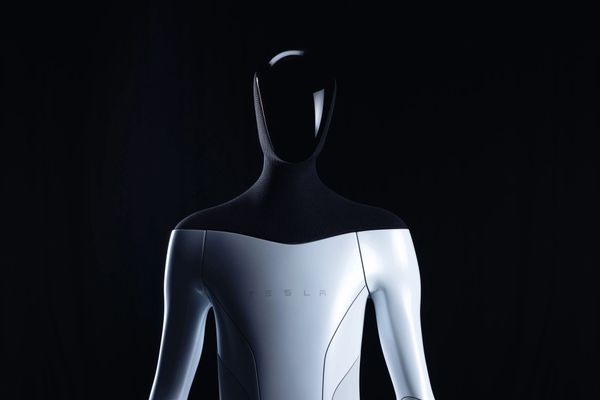